A story about a young man living with a bunch of little fun loving rascals.

Kevin and the gang are thrown into a crazy situation because of a past mistake.

Kevin doesn't realize the gravity of his mistake.

A young lady is in quite the pickle. It's up to her old lover to return and save her.

Some Christmases aren't so merry.

A fun little game turns into a life or death situation for Tyler and Lacie.

Ain't nobody got time for that!

How does this make you feel?

Kevin and Tyler go on a holy exodus to get the ladies.

A young boy gets in quite the pickle and it's up to an old friend to come save him.

We've all been there, am I right?

Are you ready for some Shakespeare!? They are!

They are on the case.

A sly burglar comes up with a clever way to break in to a house.

Kevin & Tyler play a whacky game of hide and seek.

When Tyler is in a pickle, his old pal Doug comes to save him.

(Co-directed with Everett W.)
Everett invites Tyler to play with some Legos. 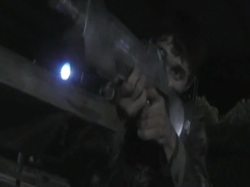 A year after a zombie out break one man has to face two zombies late at night at a park.
(A poorly made action short)

(Co-Directed by David Cantu.)
A fake trailer about things that aren't where they are supposed to be.